Richard Kind To Star In ‘Auggie’

We are very happy to find out DEADLINE announced Richard Kind’s participation in our movie! For more information on the full article, please see the link here.

But, if you can’t wait for the webpage to load, we’ve quoted the article for you below:

Richard Kind will star in the indie film, Auggie, from first-time feature director Matt Kane, who co-wrote the script with Marc Underhill. Kind will play Felix, a family man who, after being forced into an early retirement, falls in love with an Augmented Reality companion to the detriment of his relationship with his wife and daughter. The Spin City and Mad About You alum is joined in the film by Larisa Oleynik (10 Things I Hate About You), Susan Blackwell (The Post) and newcomer Christen Harper.  Kane and Underhill are producing the project alongside Robert Sharman and John Henry Hinkel.  Filming is scheduled to begin this month. Kind starred on the Amazon original series, Red Oaks, and appeared in the George Clooney-directed crime drama, Suburbicon. He’s repped by Innovative and Forster Entertainment. 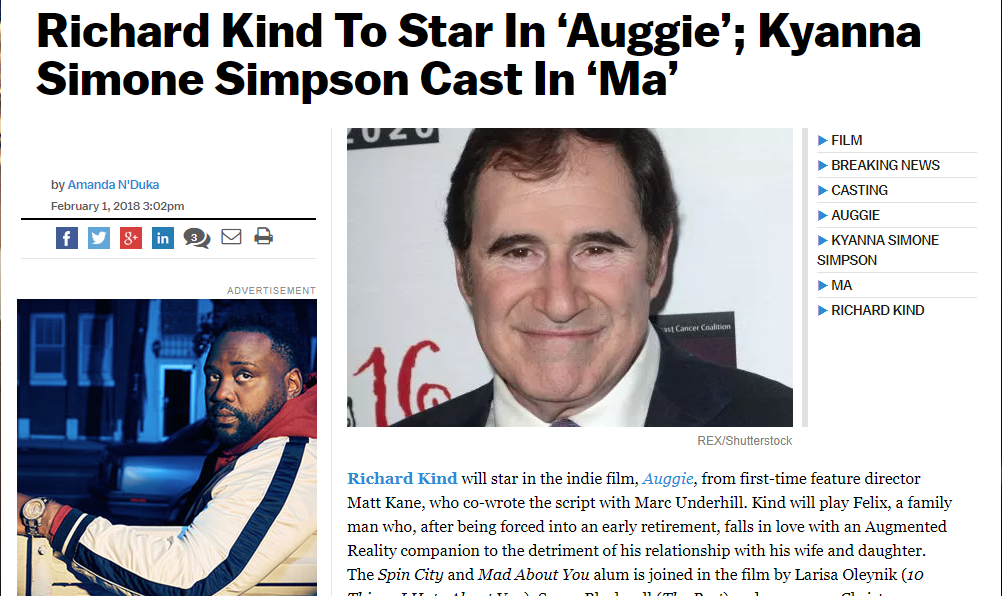